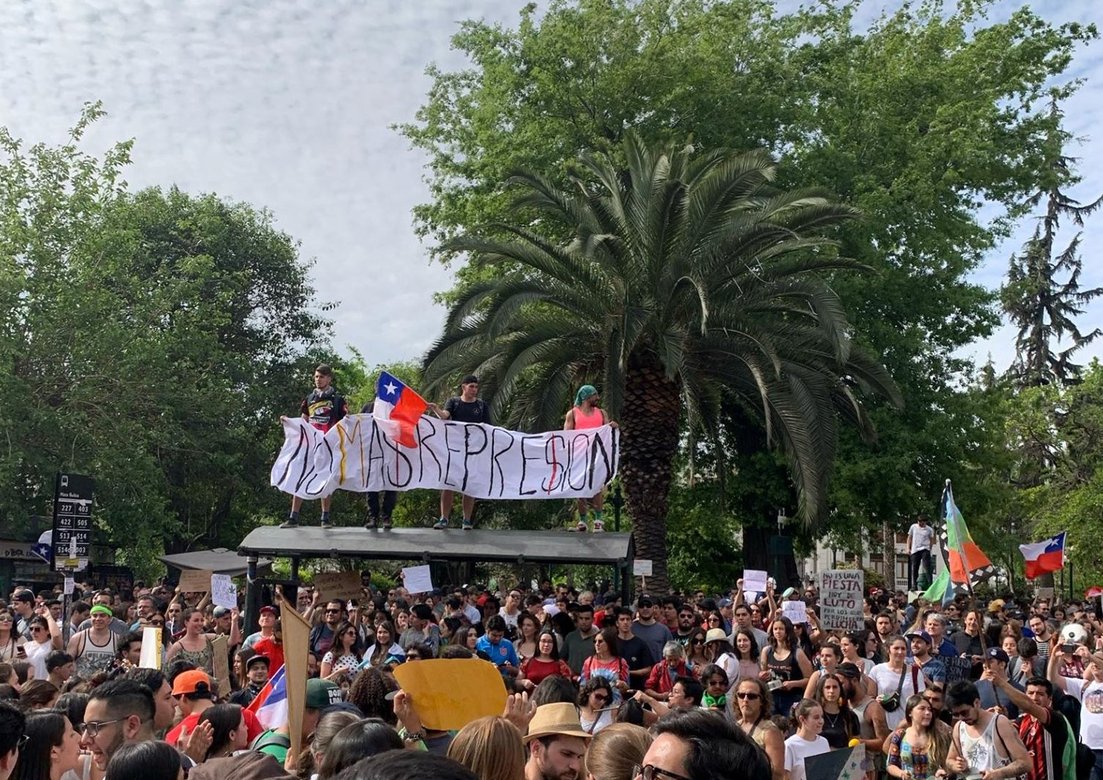 NTNU encourages students to go on student exchange programs. Now several students are in the middle of violent riots in Chile.

On Thursday the 17th of October, the Chilean government decided to raise the ticket fare of the metro in Santiago from 800 to 830 Chilean pesos. This is equal to about 40 øre in Norwegian kroner. As a result of this, several mass fare-dodging protests were put into effect by the capitals population.

While these protests started of as peaceful, it has resulted in chaotic riots as the protesters has lit buses and metro stations on fire. There has also been reports of other crimes, like robbery, as a result of these riots.

Because of this, the Chilean military has now entered the city of Santiago and the government has put a 9 o’clock-curfew into effect for all citizens. Even though the protests has calmed down somewhat, there has been several cases of the military using violence, tear gas and water cannons on peaceful protesters.

What started as peaceful protests against expensive public transportation, has now turned into an uproar directed at president Sebastián Piñeras rule and the inequality that has been prevalent in Chile since the dictatorship of Augusto Pinochet ended in 1990.

Conflicting views in the media 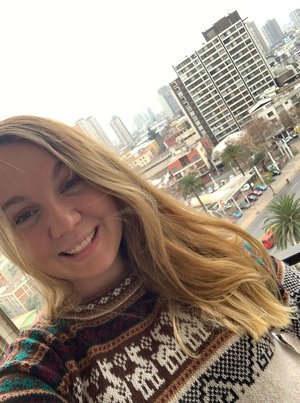 Frida Nygaard studies Civil and Environmental Engineering at NTNU, but is at the moment on an exchange program in Santiago. She has told Under Dusken about a city in chaos. Meanwhile the national media is keeping quiet about the cases of police brutality. On the other hand, several videos of these acts of violence have spread on Instagram and shows a very different side of the situation than what is being portrayed in the major newspapers.

– In the last couple of days there have also been videos of police playing ball, dancing and hugging the protesters. This is a beautiful thing to see, but far from the reality for everyone. These videos are usually what Chilean TV-stations are showing, to calm down the situation. Bottom line: We do not know what is fake news and not, since there are so many conflicting stories.

The Chileans that they have gotten to know during their stay are also feeling quite split. While locals are quite scared and affected by the riots, they are also somewhat proud to see their people finally standing up against the inequality that has been prevalent in Chile for so long.

– We had a curfew every day. It is, in other words, illegal to leave your own house. Imagine that!

– The most important thing now is that the Chilean government comes up with a solution that benefits the people, as soon as possible, Nygaards tells us.

Nikolai Molvik studies Cybernetics at NTNU, and is spending his fourth year on an exchange in Valparaíso. After the riots and protests spread outside of Santiago, his daily life has also been affected radically. He emphazises how biased the traditional media in Chile is, and also highlights how important Instagram has been to stay updated on the daily situation.

– The traditional media is owned by the rich upper class, and only shows violence perpetrated by the protesters. They are, in other words, supporting the political elite with the right wing government in the front, says Molvik. 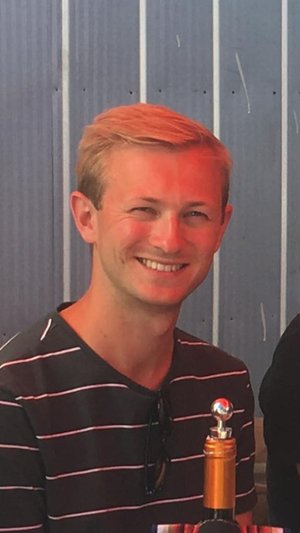 Foto: Privat
WARNING: NTNU-student Nikolai Molvik and other exchange students in Valparaíso were advised by their university not to take part in demonstrations, to avoid the risk of deportation.

After the riots started and the curfew was put into effect across the country the situation has become increasingly difficult and frustrating. Nygaard says that she is living in a quiet part of town and notice very little of the protests going on in the city centre. One of her fellow exchange students, however, lives close to the presidents office, La Moneda.

– She is experiencing a lot of insecurity being so close to the riots, Nygaard explains.

The universities have been temporarily closed, stores and supermarkets have shortened their opening hours. Meanwhile, heavily armed military are seen around every corner and the smell of teargas is constantly in the air. Even though the curfew has now been removed, it still caused a lot of issues for the students in both Santiago and Valparaíso.

– Here in Valpo, the streets are filled with police and frustrated Chileans protesting for a brighter future, Molvik tells us.

The curfews were from as early as 7 o´clock, and could last until 7 o’clock the next morning.

– We had a curfew every day. It is, in other words, illegal to leave your own house. Imagine that!

A lot of the chileans that Molvik, Nygaard and the others have met are comparing the situation now to the dictatorship between 1973 and 1990. The UN and Amnesty have also sent human rights observers down to Chile to monitor the situation.

– The local university is begging us not to take part. 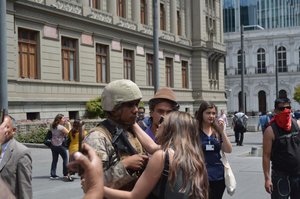 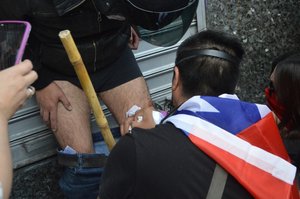 Both Nygaard and Molvik have contacted their local university as well as NTNU. In Santiago there has been mixed involvement from the universities.

– Some exchange students have been offered hotel rooms in safer parts of the city, while others haven´t heard a word, Nygaard tells us.

In Valparaíso, the university has told Molvik and other exchange students not to take part in demonstrations.

– Our student visa does not allow participation in «political events», and we risk being deported if we do.

NTNU has sent out a list of relevant telephone numbers and information on how to handle crisis situations. Apart from this they have stayed quite passive in the situation, other than telling the students to contact the NTNU office of international relations if further developments should occur. 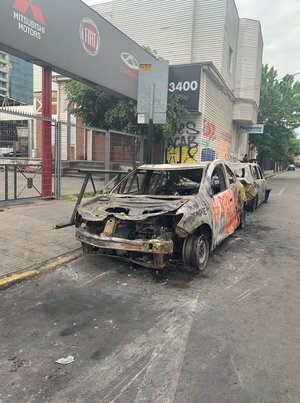 Foto: Frida Nygaard
VANDALISM: The protesters put fire to several buses and cars during the riots

The latest updates about the situation is that the UN and Amnesty are actively working in the country, the curfew has been lifted and the latest protests have been very peaceful, but keeps growing in size. The latest numbers are touching upon 1,5 - 2 million participants during the weekend 25th - 27th of October. That same weekend a smaller demonstration also took place at Solsiden in Trondheim, without any media coverage.

As a result of the demonstrations, President Piñera has also dismissed all ministers and appointed new ones.

— If this is going to make any difference in what the protesters are asking for, is hard to tell, Nygaard writes in her last update. UD 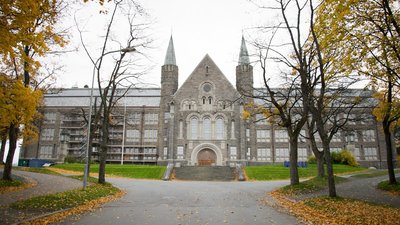 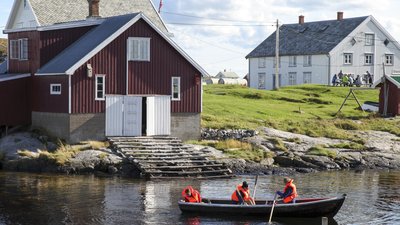 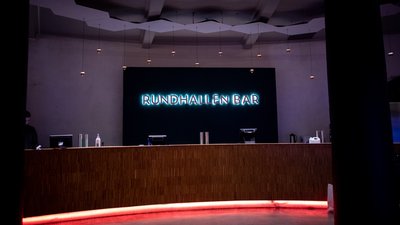